the artiste (an update)

It's been awhile since I reported on Jack's artistic endeavours, well about a year and a half and that's a bit slack. It's not that there's been nothing to show because his output is impressive - he's a prolific artiste. Lately we've noticed a change in his drawings and sometimes we are pretty impressed by what he produces. He does some pretty good rainbow work and recently he did this spider (or maybe centipede) which we think is rather good (but then we are biased). 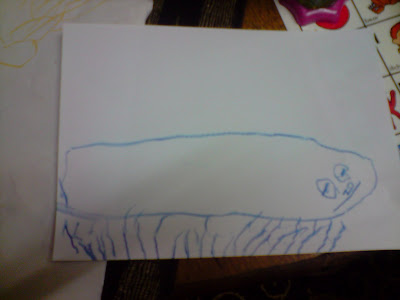 And he also drew this face. 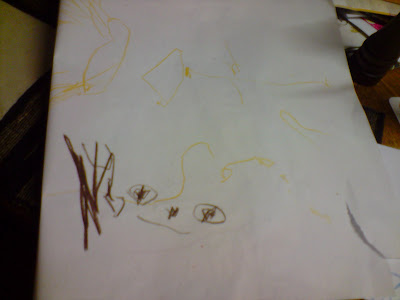