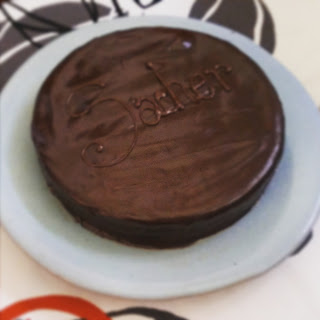 I do like a bit of themed baking. I used to do a bit of it in Wagga for my old bookgroup. Minnie's chocolate mud pie (without that special ingredient) from The Help, Pecan & pumpkin pies when we read Cold Sassy Tree. You get the idea.
So when I joined a new group here after many months of bookgroup by correspondence, I unintentionally started doing it again. For my first meeting we 'read' Under Milkwood by Dylan Thomas so I made welshcakes which are sort of like a cross between a scone and a pikelet, Short, buttery, studded with currants and quite delicious. A much better proposition than the laverbread that was also mentioned, which is like a seaweedy version of vegemite. I have been assured by a welsh friend that it is very tasty and I assume it would be very good for you.
People seemed appreciative so for the next meeting I made Sacher Torte to go with the Glass Room by Simon Mawer. A natural choice on a day that was over 42 degrees. I love the way that the apricot jam that is brushed on between the cake and the icing gives the cake a different flavour. It makes my brain think there is alcohol involved but again, you know, heatwave.
The next book is the Golden Age by Joan London. I will keep you posted.
Posted by jetlagmama@themanor at 07:13 No comments:

And we're still loving the beach... 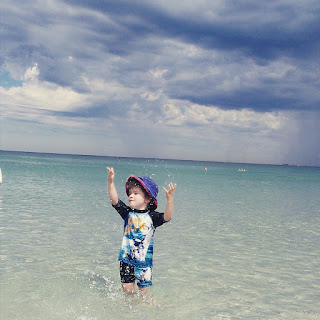 Posted by jetlagmama@themanor at 06:54 No comments:

Sam started school this year. Two days a week. Sometimes he gets tired so he has a zzzz while the other kids play around him. Of course his teachers think he is angelic and look at me like I'm a monster if I suggest otherwise.
Really though, he's such a different person to Jack. Feisty, funny, cheeky and loving but also infuriating. Walking to and from school is often a slow affair (much to Jack's annoyance who can't wait to get there). We have to stop and pat all of the cats and some of the dogs, pick flowers and generally amble. 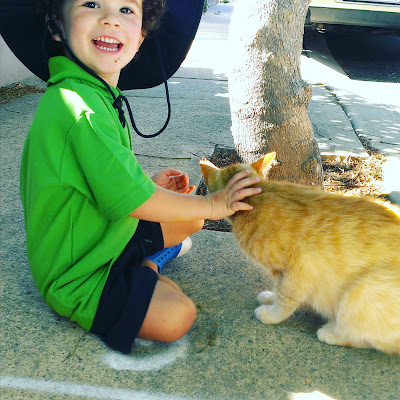 Posted by jetlagmama@themanor at 06:49 No comments:

Sadly, just before Christmas last year our beautiful dog Lucky died. I was so sad to leave him behind but I suppose a generation of Junee children will breathe a sigh of relief after being frightened by his booming bark. He was our huge, gentle giant. 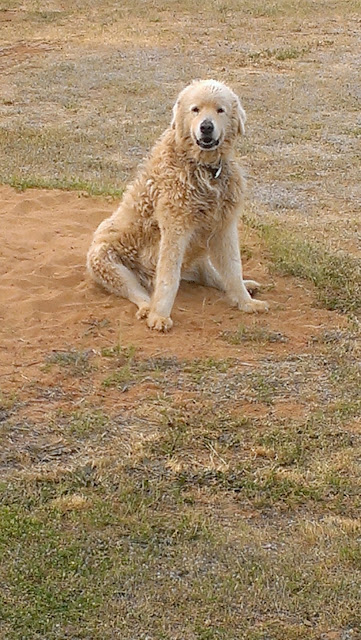 Posted by jetlagmama@themanor at 06:29 No comments: 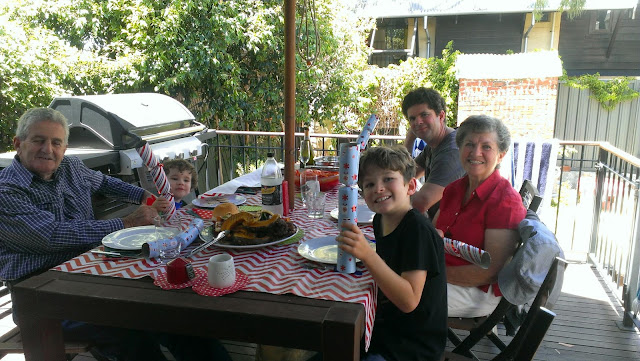 Well, that was a busy few months. Lots of changes and things going on. Sam started kindy. I got a new job. Jack has grown another foot. I fear the teenage years because right now that boy can eat. Must be genetic.
We had a lovely quiet Christmas with Noel and Diane. We even had cooler weather which makes festive cooking so much more civilised. There's been lots of festivals here. The Perth Festival, the writer's festival and the fringe festival. I heard someone complaining that there aren't nearly enough festivals here and I had to bite my tongue.
We are looking forward to the Street art festival in a couple of weeks which also coincides with easter and a visit from my family.
Anyway, I'll post lots of pics so you can catch up. Unless you all got sick of waiting and gave up.
Posted by jetlagmama@themanor at 06:21 No comments:

Out of the bubble

Sometimes we feel like we never leave Freo and really why would you?
But Sam and I were very brave on Wednesday and ventured into the next suburb to a new cafe and park I'd spotted. Jack was doing a drama course (and loved it).
Sam pronounced the milkshakes at Emily's corner were 'good' but the park was better.
Maybe we have a new venue for the Wednesday Morning Milkshake Club. 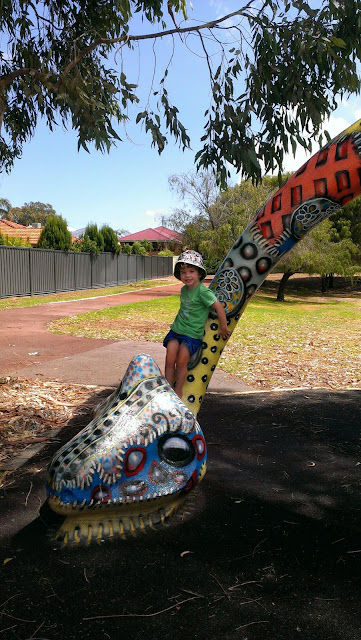 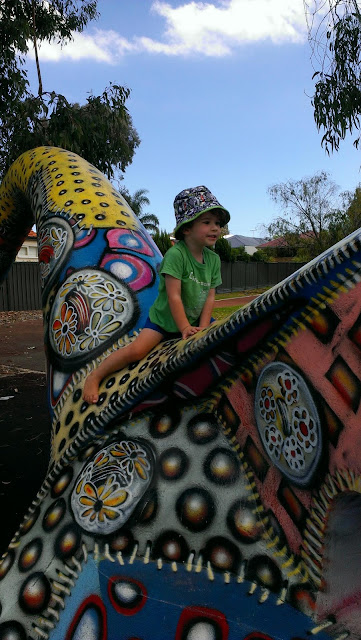 Posted by jetlagmama@themanor at 20:36 No comments:

Yes, I know it's already happened. Ours was relaxed and involved lots of presents, needless to say the boys were delighted.
Every year before Chrissie I like to take the boys for a Santa photo. Strange really as I was PETRIFIED of department store Santas when I was little.However, it does provide an interesting record of the boys at this time of year every year and the boys don't seem to be too alarmed by either Santa or clowns. This year I toyed with the idea of heading into Perth to Santaland because they have a train and you can book your time with Santa. But that didn't happen. So only a week before the big day we went to our local mall. S thought I had taken leave of my senses and that it would be crazy busy. It was a little busy but not insane. Sam, who decided he wanted to be dressed as a pirate went from pumped to trepidatious to the point where he tried to jump the rope and make a break for it.
Not even the sight of hipsters getting an ironic Santa photo and trying desperately not to smile could entice him.
So he sat on my lap but refused to acknowledge Santa. Santa was having a nice chat to Jack about Star Wars, so he didn't seem fussed.  I had a feeling that the photo would be a disaster and then we got what might be one of my favourite santa photos ever. Which is a big call I admit, but I like that I'm laughing, that Sam seems so joyful to be in the photo and that Jack looks so handsome (last year's photo of him was weird and didn't look like him). Santa, well, I think he's meditating, but who could blame him?
Oh and the little guy Sam is holding is Augie from my friend Caro's picture book called Spring. 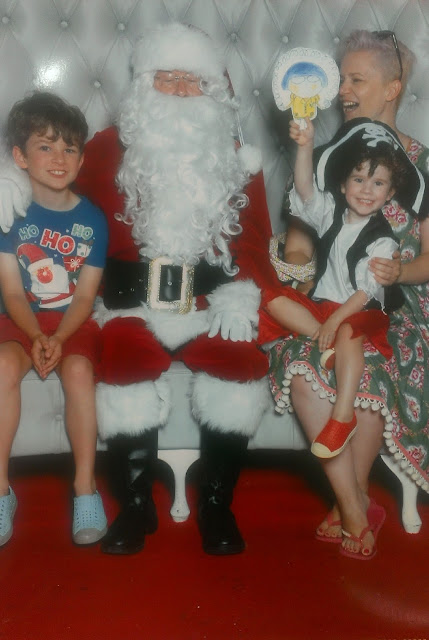 Posted by jetlagmama@themanor at 22:19 No comments: