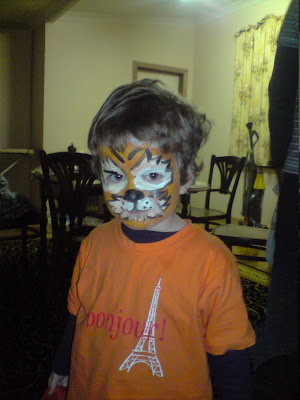 Jack gets in touch with his inner tiger
I may have mentioned previously overhearing a little girl leaving our house after a play date saying," and they didn't even have a dress up box!" with such disapproval in her voice that I felt ashamed.
My brother has done his best to remedy this situation supplying Jack with a fireman's outfit and a Woody costume. For awhile they languished in Jack's dress up box until recently when something in his mind clicked and all of a sudden it was dress up a gogo. 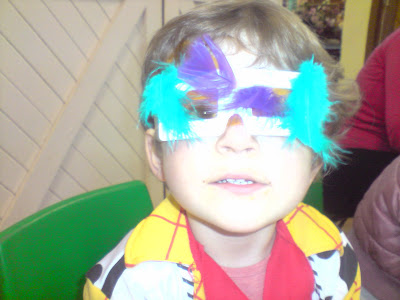 Edna?
It is interesting to note that the Woody costume has a holster but no gun. When he asked me what it was for I told him that it's where you keep your banana as a cowboy always carries fresh fruit. Jack thought this a good idea and carried a banana (somewhat bruised) in his holster at all times. Except he called it his Woody fruit. Ahem. 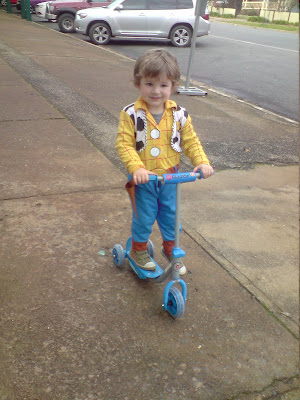 a new sheriff rides into town 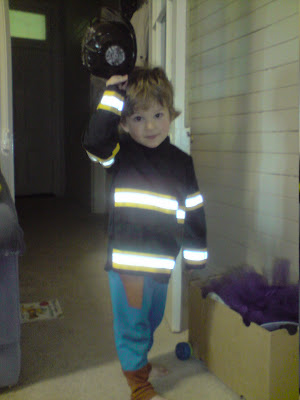 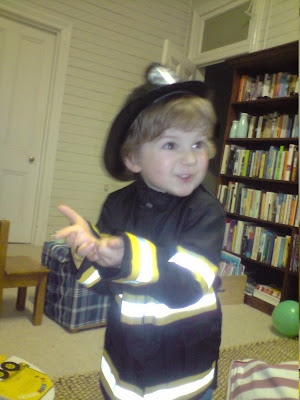 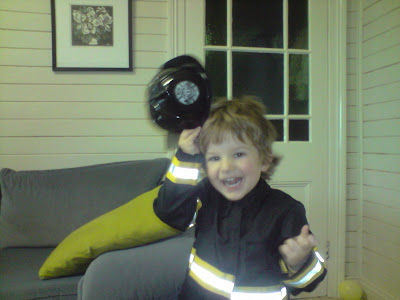 the all singing all dancing fireman - surely a life on the stage awaits?

He also has a fab purple tutu that I bought for him after he asked for one. Inspired by a pug who does ballet in a gorgeous book called "dogs don't do ballet" I wrote a review of the book here.
Posted by jetlagmama@themanor at 20:48