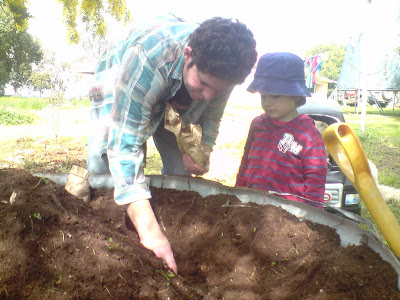 Following the success of his potato crop a couple of years ago (although you'd think all those potatoes as Rothamsted would've put us off for life), S ordered a mixed lot of seed potatoes from Diggers. We didn't get exactly the same kinds as last time which is a shame because the Ruby lou were very good, but surely a potato variety called lustre will be outstanding? S cleared some nettles and weeds and geraniums (they are everywhere here) and he and Jack did some planting. Jack insisted on delivering the spuds in the ute which slowed things down considerably. 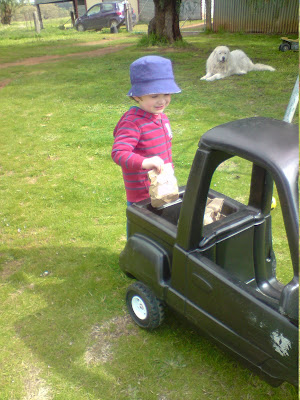 So now we have spuds, assorted herbs, a pear tree (a double grafted beurre bosc - william planted on a very rainy day) and strawberries. What else do we need? Did someone say tomatoes and basil? Hello Summer! 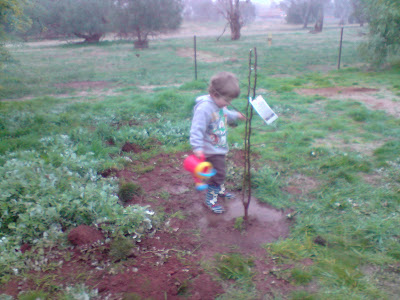