Tripadvisor - a blessing and a curse?

Sometimes I think the advent of tripadvisor is both of these. I see those damn stickers on restaurant windows everywhere. I am sceptical about the reliability of the reviews, as they could all be done by clueless tourists who love nothing better than really awful food. S thinks statistically you are bound to get a true result. Hmmm. Last night we went to a place called Da Tonino which has two different sets of reviews on tripadvisor. On one they were glowing stating that Da Tonino was the best restaurant in Rome! The others said it was awful, rude service etc. I only knew that when I walked past it looked 'authentic' and there were lots of Italians in there. Last night when we went there there were lots of Australians. The food was okay. Jack's ravioli was good. Simon was nonplussed about his balls. 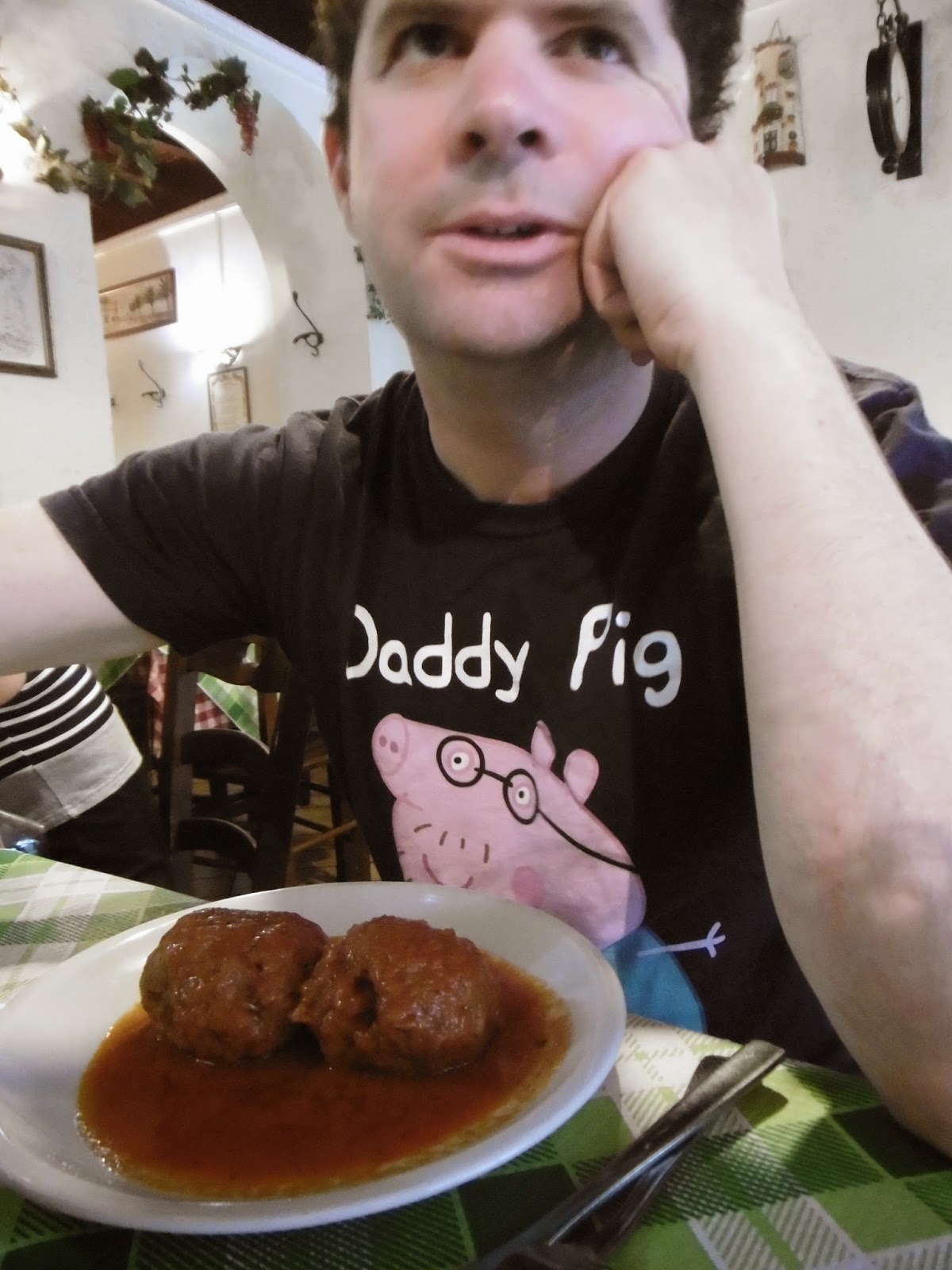 Afterwards we went to a gelateria that always has a big queue and coincidentally features on tripadvisor. The big deal about this place is that after you order they dip your gelati in chocolate or as S said, ice magic. It was okay, Jack loved it, though it was his messiest gelati ever. I tend to agree with the reviewer who said, people come for the chocolate but underneath it's just  average gelati. 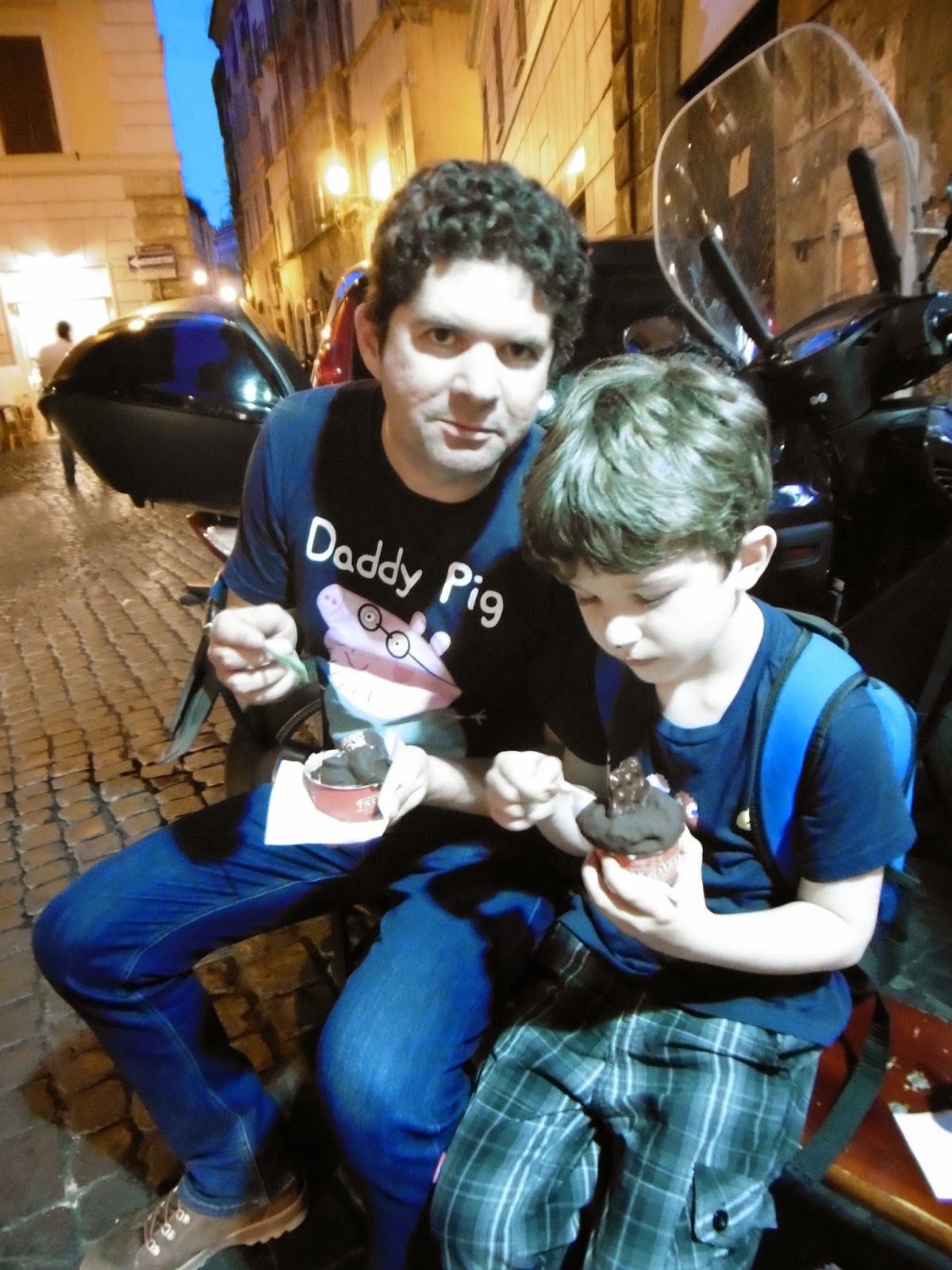 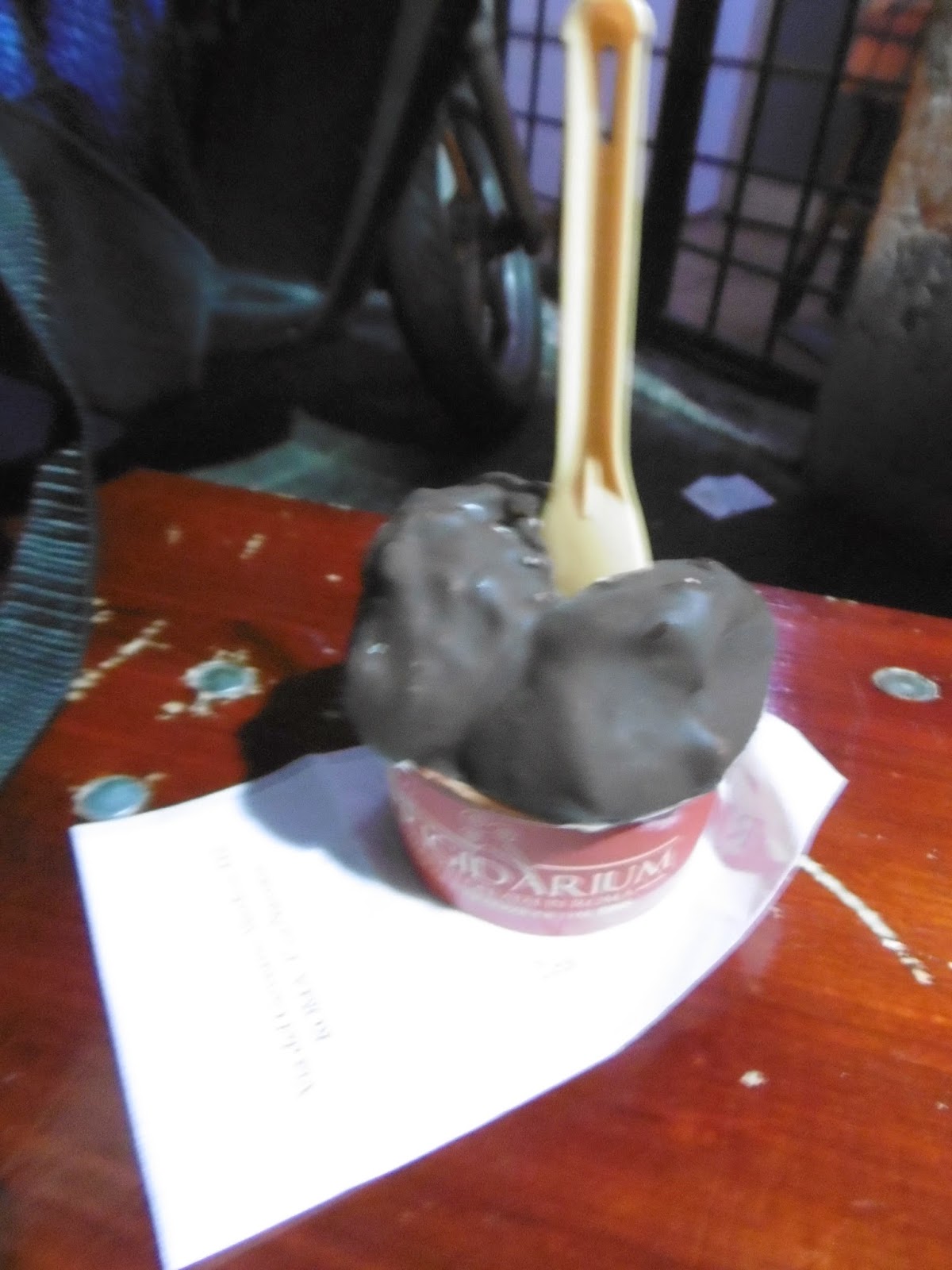 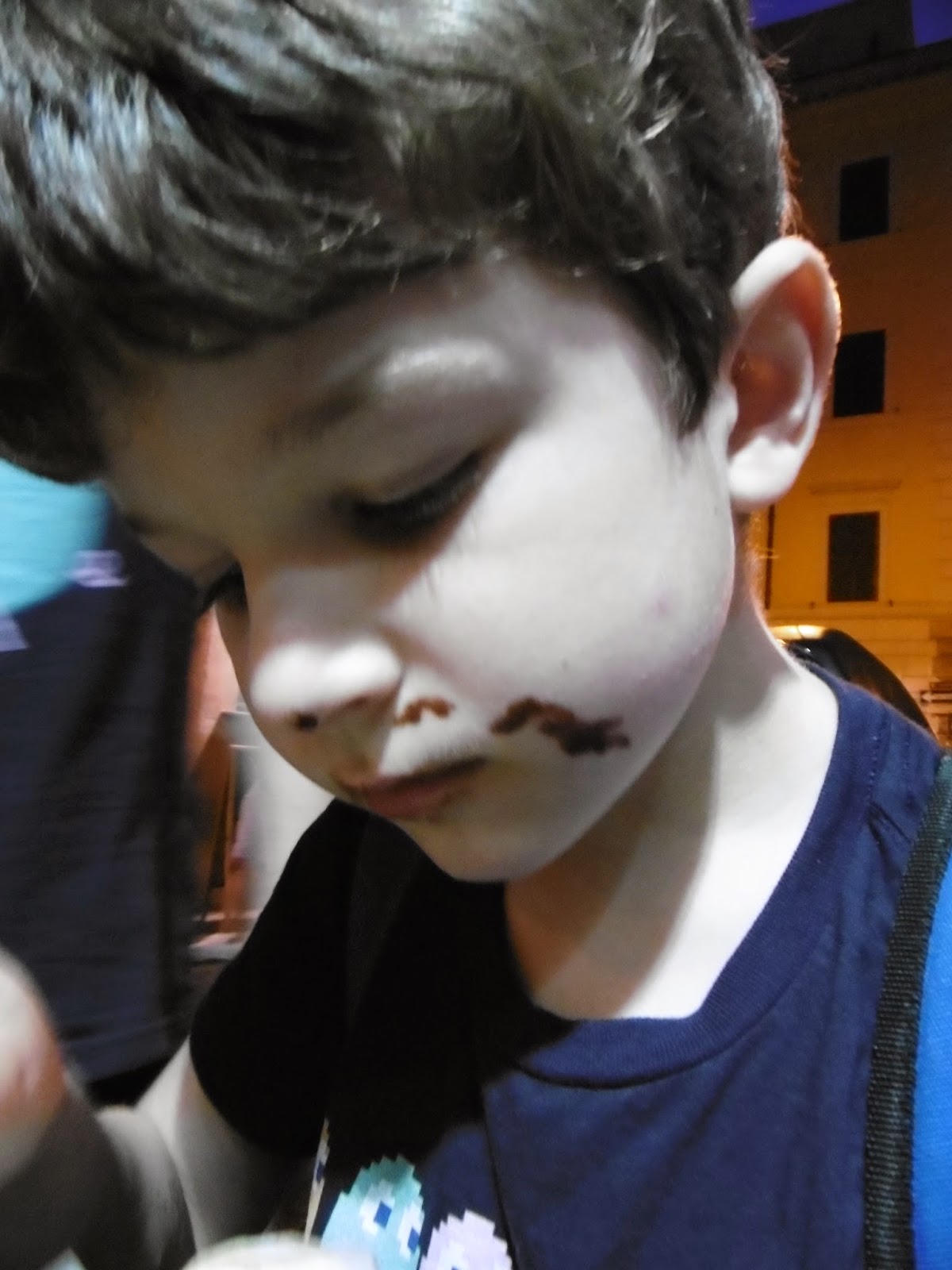