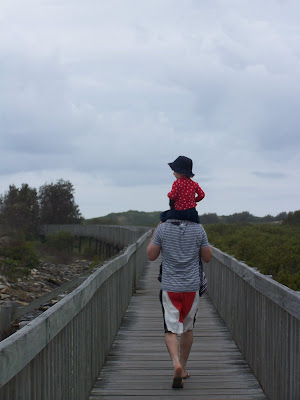 Before Christmas we packed our bags and went north for a holiday. On the way we stopped at Sydney for early Christmas with my family, then onto Urunga. Urunga is a small town by the river near Coffs Harbour. S and I stopped there years ago and were quite taken with the place. Was it the quiet sleepy town, the view of the river or the hippy cafe where we had a very good hot chocolate with a warm cinnamon biscuit? It is probably the memory of that cafe that made me think of Urunga so fondly. When S suggested stopping there for a day or two on the way to Queensland I thought why not. We stayed in a cabin (our 'little house according to Jack) 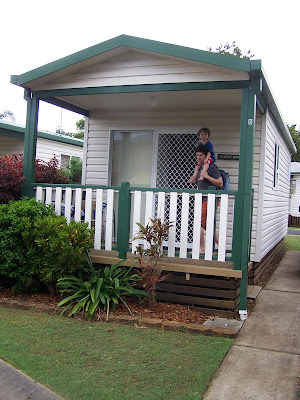 and went swimming and for walks on the beach and tried in vain to find a decent fish and chip shop (no dice). 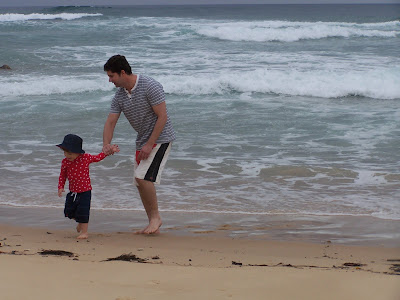 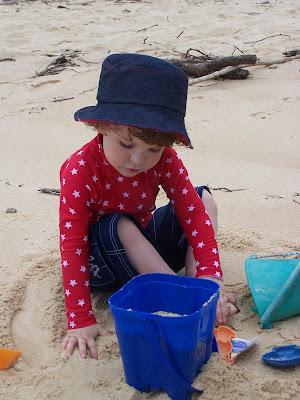 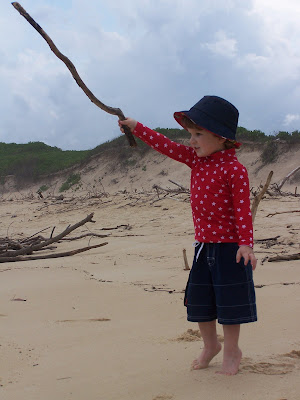 We did find the cafe but it's under newish management and while my smoothie was okay, I missed the complimentary biscuit. Sometimes you just have to let those food memories go or at least don't revisit them. After a couple of days of unwinding and some rather unusual sightseeing we were ready to head to Queensland and travel back in time (one hour that is).
Posted by jetlagmama@themanor at 02:33