As Jack's ballet concert fast approaches, it seems like we are attending rehearsals every second day. Last Sunday was the dress rehearsal and I would like to say it was organised chaos but that might be an exaggeration (the organised bit, not the chaos bit). We got to the hall right on time because I am a little bit afraid of being told off by Jack's teacher. Then we waited and waited and waited for the 'baby' ballet troupe to go on stage. Girls wearing lots of makeup (a little too JonBenet for my liking) and gowns and ugg boots, flounced around and fought over wings. Jack got some glitter in his hair (nice) and acquired some wings and edged ever so slowly towards the stage. We were also given a long list of rules for this weekend (the concert!) including no cameras to be allowed at the concert. But what about the blog I felt like moaning. So I snuck in a few pics while the teacher was distracted.
As it looks like Dad won't be able to make it this weekend I will be purchasing the DVD for him instead. 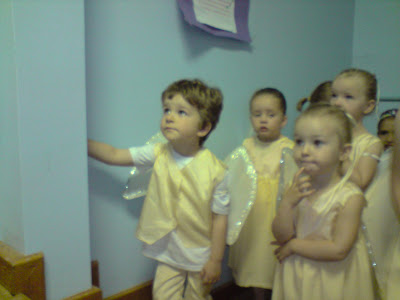 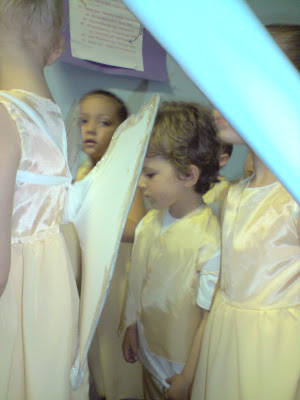 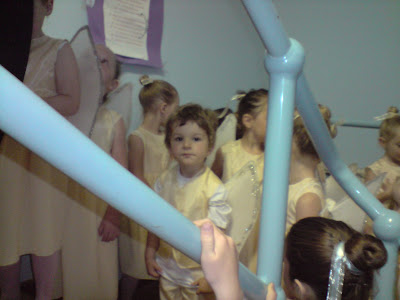 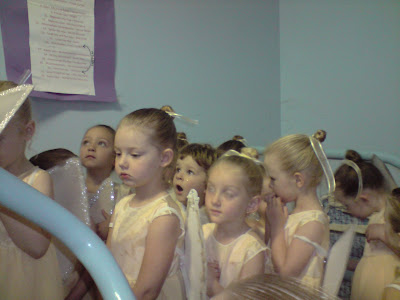 it's hard work being a fairy
Posted by jetlagmama@themanor at 20:47

He is so cute as a fairy! :D Did he enjoy his time on the stage? And odd about the no photos isn't it? I thought these sorts of moments were always recorded! :o

It's hard work being a fairy and a ghost by the looks of the little girl in front of Jack with no irises or pupils :)

He did enjoy it Lorraine. Even had time to wave at me. A DVD is available for the bargain price of $25. And Amy I think she's a zombie. freaky hey?