Last Friday we went to a spring fair at a local school. Luckily I had taken out a loan before we got there. There was a ferris wheel, a jumping castle, a cake stall and pony rides and more. Like last time we just had to go on the ferris wheel and I mean we. Jack didn't want to go on it without me, though as I bumped my head and squished into the seat I was aware it was not really built for people over three feet high. 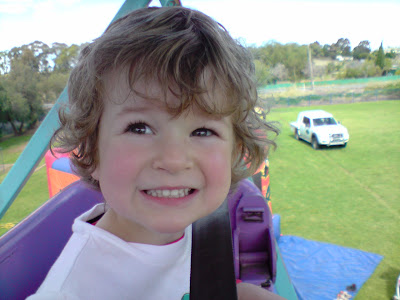 "It's quite high Mum"

After our ride Jack caught a duck and won a prize (not a real duck) then decided to get his face painted. When Kelly asked him what he wanted he said a chicken, much to her consternation. We managed to talk him into getting a superhero mask in purple (his colour du jour). 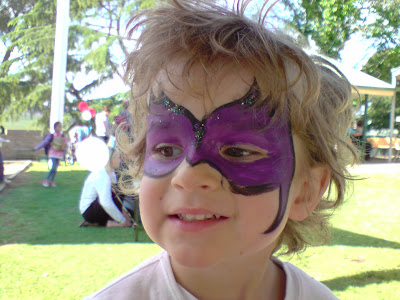 Who is that masked man?
I think it ended up looking a bit like a butterfly but he was pleased nonetheless. He also decorated a cupcake (which was a very serious business indeed). 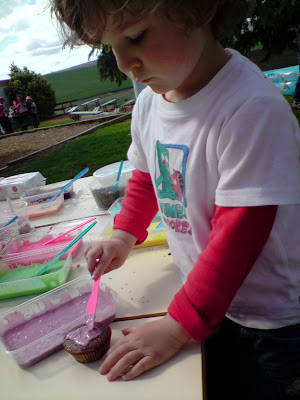 The icing (purple of course) 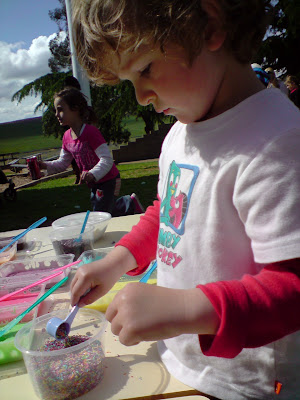 After that we decided to look at the ponies. Normally that is as close as we get ,for even though Jack tells me he wants to buy a horse, when it comes to hopping onto one he is hesitant (and who could blame him?). I think seeing his friend William (who is totally fearless) on a pony certainly helped to persuade him that he should give it a go. After some creative queueing he selected his pony and after a donning a helmet was placed onto the saddle. 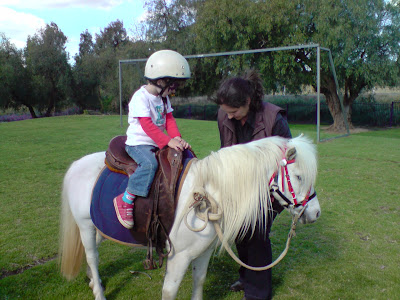 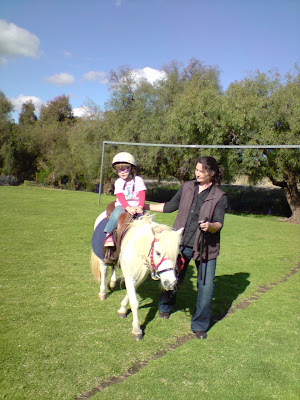 The woman looking after Jack (and the pony) was great. Quietly spoken and patient, I could hear her talking to Jack as they walked around so that eventually he wasn't so scared and he started to relax and enjoy himself. 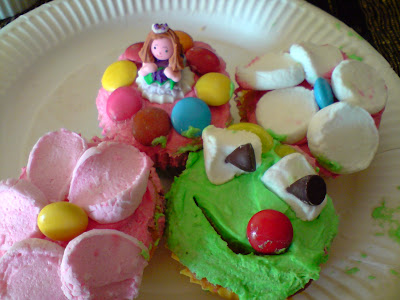 how could you resist these edible masterpieces?
After purchasing some cupcakes it was time to go (all our funds were depleted) much to Jack's dismay. I had to remind him that tears would make his mask run, which seemed to do the trick. Sort of.
Posted by jetlagmama@themanor at 17:42