On Thursday I flew up to Sydney for a lightning visit. Mainly to see my Dad who was undergoing surgery. 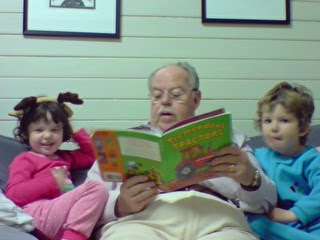 Unfortunately for him he was unable to use his ticket to see the Berlin Philarmoniker performing at the Opera House on Friday night so I got to go in his place. To say I was excited was an understatement. There'd been a buzz on the radio for weeks about the Berlin Phil and its conductor Sir Simon Rattle. I'd even thought about entering a competition to win tickets but thought that was silly seeing as I had to work and the Berlin Phil would not be performing in Wagga. 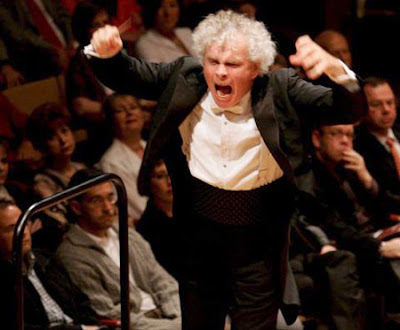 On Thursday afternoon I met my brother at town hall station for a lightning tour of the new Westfield, Abbeys bookshop and a mini cupcake or two. 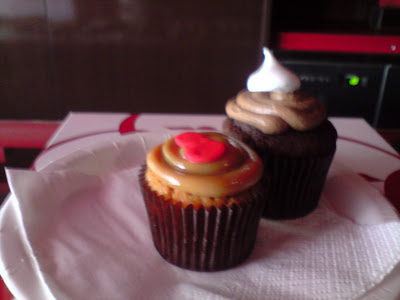 We went to a Vietnamese restaurant called Trans for dinner where we ate amongst other things, a delectable prawn curry served in the shell of a young coconut. I finished off the meal with one of my all time favourite desserts, black sticky rice and it was so very good. 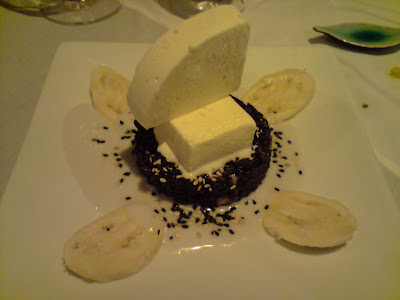 The next morning Mum and I visited Dad (who looked very sore indeed) and took him some flowers and a picture or two to cheer him up. After some retail therapy and a nap we put our glad rags on and made our way to Aria for dinner. We had a great table just made for people watching. Mum opined that couples seem to grow alike and we saw some fine examples. We also saw some fine examples of food with the amuse-bouche 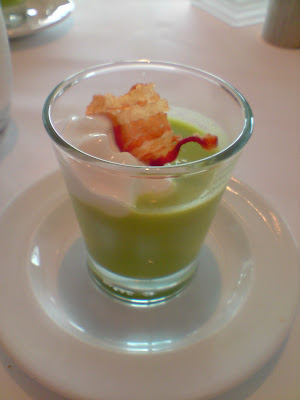 (a minty pea soup with prosciutto and yoghurt), 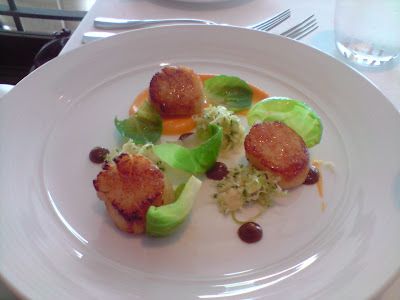 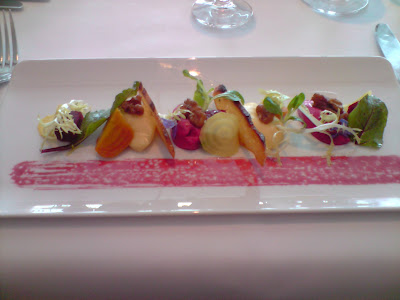 and beetroot for me, 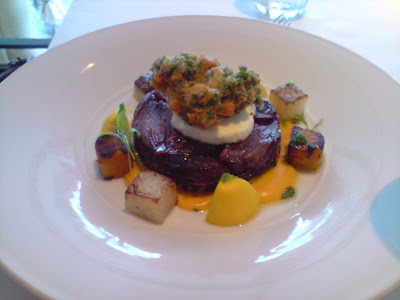 a tarte tatin of eschallots for Mum and Salmon for me and I was unable to resist the custard tart with poached pears and gingerbread ice cream. 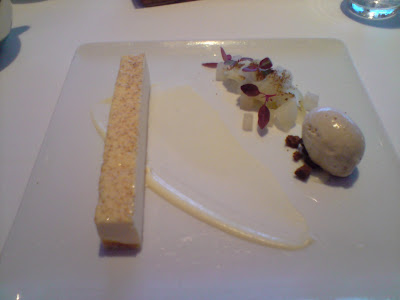 Mum was unable to resist trying to scoop the last of the truffles into her serviette then into her handbag to take to Dad the next day. Unfortunately a waiter appeared out of nowhere just at that moment and suggested that perhaps madam would like the truffles in a box? 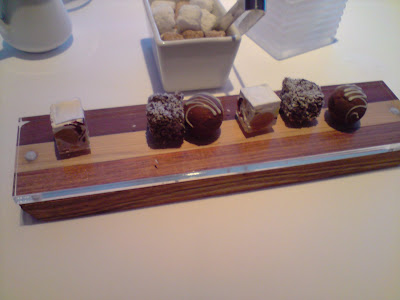 Which of course set us off on a round of giggles. Garn (whose birthday it was) would've been proud, though she probably wouldn't have got caught.

On arrival at the concert hall we purchased a programme and a CD for Dad. (almost as good as the real thing?). The stage was decked out in glorious flowers and the crowd was abuzz. The music was glorious. 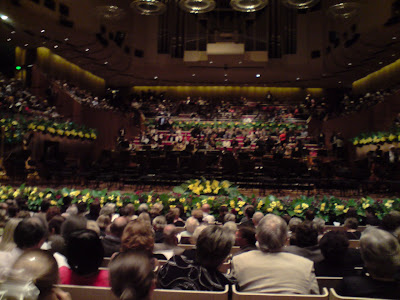 Even though some of the pieces weren't quite my thing (I'm so old school you could dip my pigtails in an inkwell) I was still impressed by the creative use of percussion (a gigantic hammer and sheets of tinfoil) and the appearance of a composer. A rare occurrence indeed.
The vibe at interval was festive as ladies chatted as they queued for the loo. One woman said to me (about Simon Rattle) "He's such a spunk!" and tittered. I'm not sure about that but he does have a certain something, particularly his ability to conduct a whole orchestra with one raised eyebrow.
The last piece was a symphony by Brahms that was just beautiful and followed by rapturous applause and an encore piece from The Nutcracker. Apparently so unfashionable but I loved it all the same. And so too does spunky Sir Simon. You could just tell.
After the applause finally stopped and I was told very firmly that I was not allowed to photograph the flowers (not even the peonies) we retired for the evening. The next morning I got up early and made my way to mascot with my hand luggage and a ricotta cake from Haberfield for everyone at work (and S) and flew home (or to the library anyway). Thanks Mum for the wonderful dinner and concert. Hope you're feeling better soon Dad. 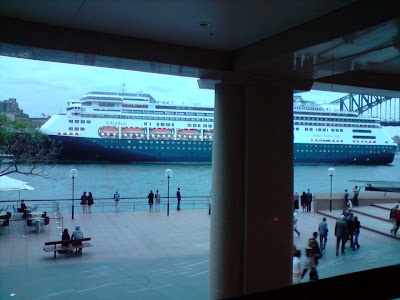 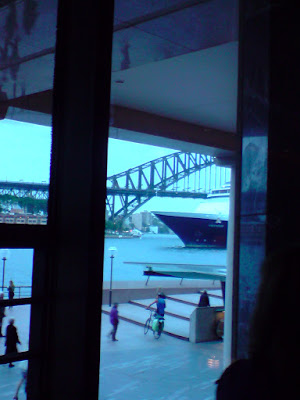 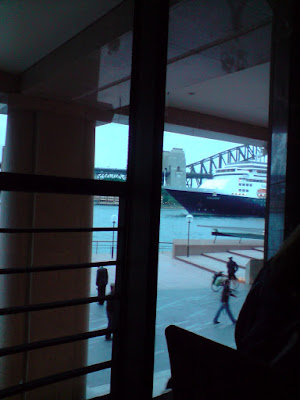 gone.
Posted by jetlagmama@themanor at 01:27