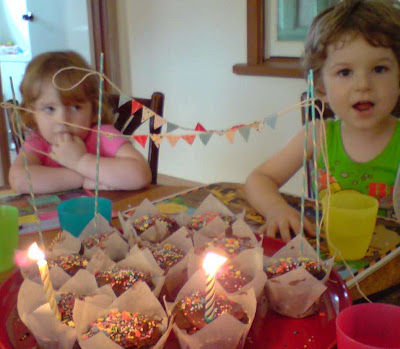 We had a few birthdays in January but due to recent events they were pretty low key affairs. Of course even a low key birthday must have a cake with candles as far as Jack and his cousin Lily are concerned. My friend Elise made mini bunting ('just like a fete' Jack declared) which looked cute with these cupcakes.

And we had a chocolate cake for Noel's birthday (made fresh that day as the birthday boy prefers). He didn't get much of a chance to blow out the candles. 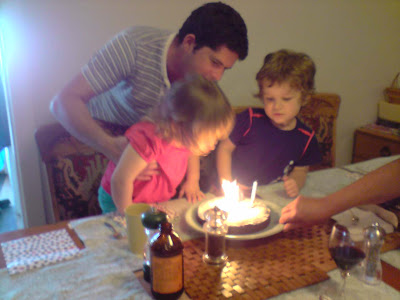 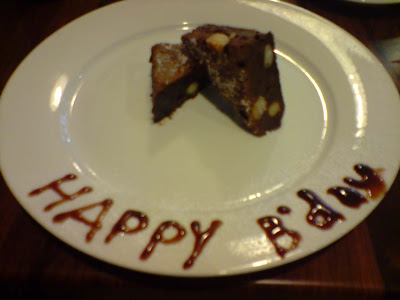 A local cafe did this when I blurted out it was my birthday. The year before they put alcohol in my juice. 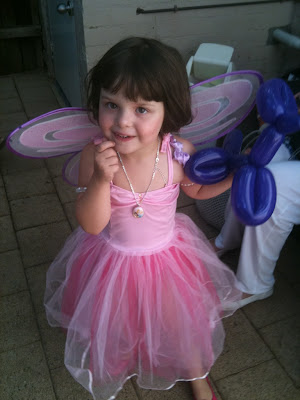 And this little fairy had a fourth birthday and a fairy party which we couldn't attend due to our being under house arrest. But then Craig couldn't go either due to a broken ankle. Fairy grottoes are notoriously tricky to negotiate with a walking frame.
Posted by jetlagmama@themanor at 21:06