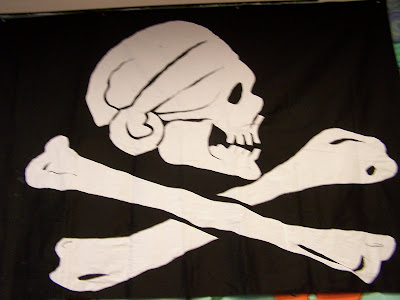 On Wednesday we normally go to playgroup but then I found out that storytime at the library would be a piratical affair and well, how could we resist? Jack's costume is getting a touch small so I had to ease (yank) it over his noggin. There were loads of kids there but no one else had got the memo about the theme.I heard a mother behind me say,"she must've known" either that or I always parade my poor son in public as a pirate. I did contemplate wearing some pirate clothes too, or at least a parrot but decided against it.

Michael did the stories and was fantastic as always. He read a great book by Pamela Allen called where's the gold with a very squawky parrot. Each time Michael squawked a child started to cry so in the end he had to whisper the squawk. 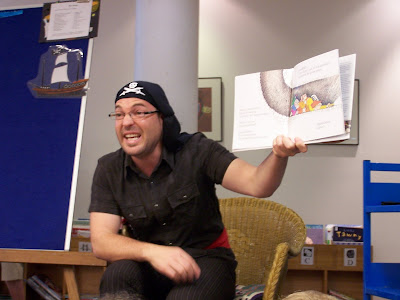 Jack volunteered (not one but two hands up in the air) to go up the front for a version of 5 cheeky pirates jumping on the bed and seemed nonplussed when he had to sit down again. 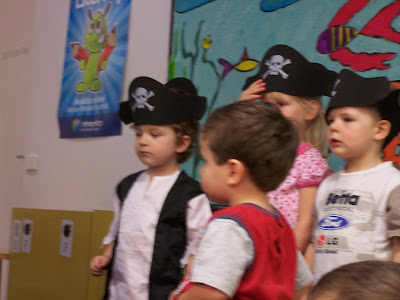 After craft (making a pirate hat, which was lucky because even though we'd taken one he refused to wear it) 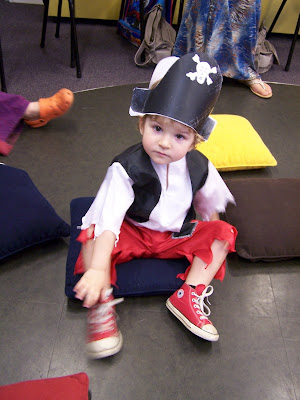 Michael finished with some tricky pirate paper craft and a staring competition with Jack, then we were off to the park. 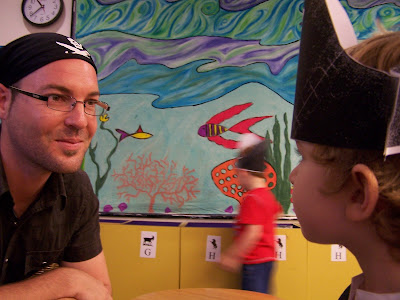 It was pretty hot and not really the day to be playing in a 100% polyester (so breathable) pirate suit, but Jack didn't care launching himself down (and up) the slide with great enthusiasm. 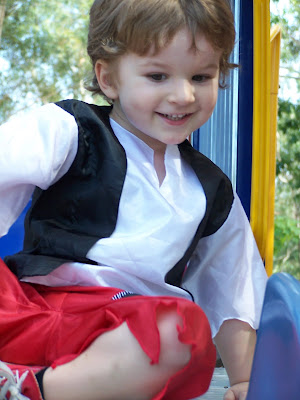 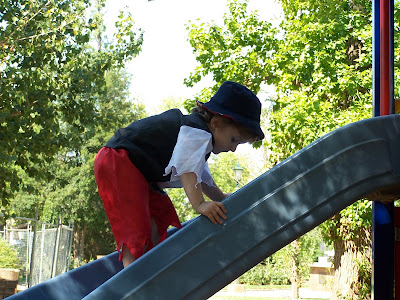 There was a kid's birthday party happening right next to the slide but strangely Jack seemed oblivious to the presence of cake. Fortunate because they certainly weren't generously offering the cake to all the kiddies in the immediate vicinity. My mum used to do that which I have to say was a very nice thing to do though I remember one birthday at the spaghetti factory being quietly indignant that she was giving away my cake, thank goodness I got over that! (brat) 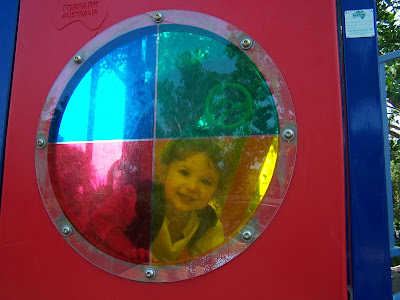 And so eventually my little pirate was ready to set sail for home. We took a walk back around the lagoon and went to find our ship. 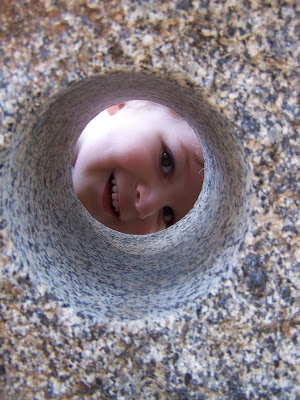 Aww he's so cute in his pirate outfit! Love the hat and the shaggy hemmed pants! :D