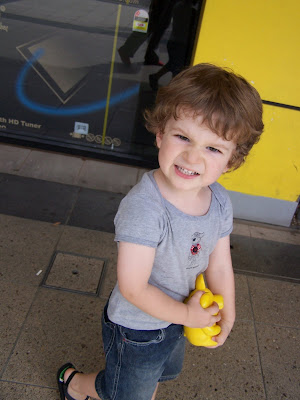 Keep your mitts off my pig!
Jack has recently acquired a piggy bank and a passbook. He's more excited about the pig, though I'm sure if he could read what his balance is, he'd be quietly chuffed. He hadn't had the piggy bank very long before it was full as he went about the house picking up any loose change that was lying around. He also took on the ownership of the chicken piggy bank and spent lots of time tipping all the coins out and then laboriously putting them back in through the slot.

When we had a free morning we took both PB's into the Bendigo bank in Wagga to make a deposit. We were both a little excited because we knew we'd be using the whizz bang coin counting machine (yes, it doesn't take much to excite us country folk). 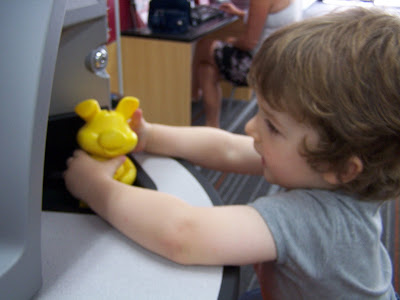 Jack stood on a chair and emptied the pig onto the conveyor belt, then pressed the special button that made it all disappear. Then the chicken was also emptied and another button pressed. 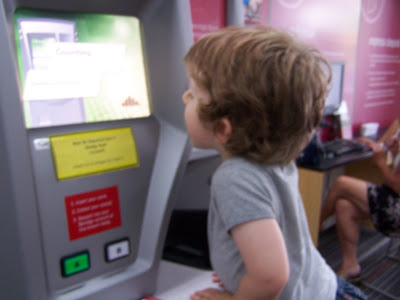 The machine went to work counting and spitting out all foreign coins and objects (quite a bit of carpet fluff and lucky fur as I found out). We got the receipt 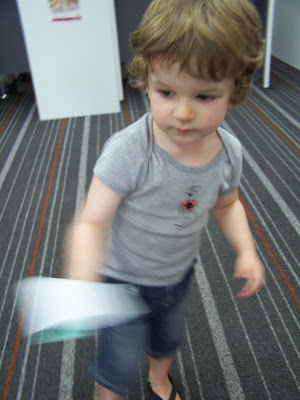 and presented it to the teller who the deposited it in Jack's account. All $54 and twenty cents of it. No wonder those piggy banks were heavy.
Posted by jetlagmama@themanor at 18:55