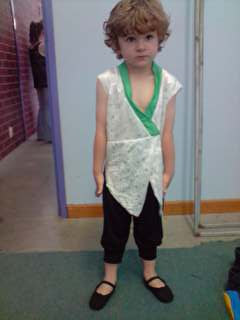 thrilled?
At the beginning of this year Jack decided he didn't want to do ballet anymore. And then halfway through the year he changed his mind. Just in time for the preparations for the end of year ballet extravaganza. No matter what, it always seems stressful with long essays being sent home about costumes and makeup and rehearsals (though Jack's makeup section was left blank). 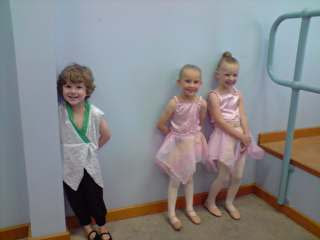 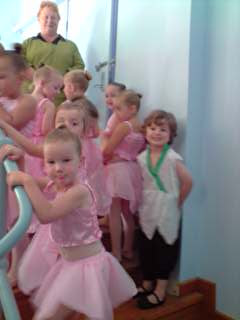 lots of pink fairies and Jack
Somehow Jack made it to every rehearsal and S took him to his matinee performance. That night Ganma, Nonno and I attended the evening performance. That was a long night although my dad, due to his hip was given special permission to arrive at half time. The "babies ballet" as they are dubbed were not on until near the end (to stop us all leaving early methinks) and there was Jack twirling tiredly right in the middle of the row. He was thrilled with his medal that he received at the end and is keen to do Ballet again next year. 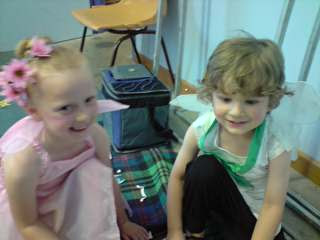 He's such a cutie and congratulations on the medal! Happy New Year :)