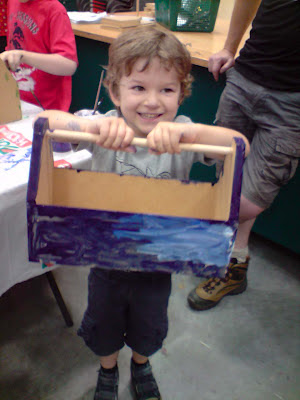 We decided (where 'we' means me) that due to the imminent arrival of RubySparkles* it would be prudent to have Jack's birthday party early. I was hoping for early March but got the last Sunday in February. My choice was limited due to the fact that we were booking the party at Bunnings. Bunnings?

Whilst I haven't been the biggest fan of Bunnings in the past, though I do like the availability of sausage sangers on weekends, I have to say I was impressed by the party. We turned up and all the bits and pieces were set out ready to make toolboxes. Kids, with the help of parents and the lovely professor and Cassie from Bunnings (whose crowd control was impressive) put their toolboxes together 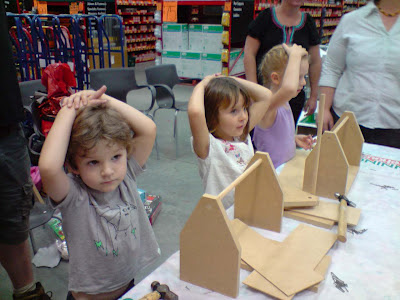 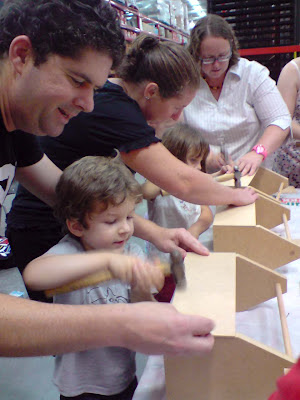 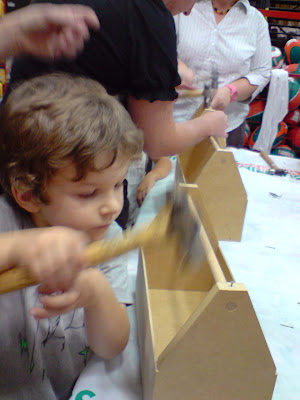 and then painted them. 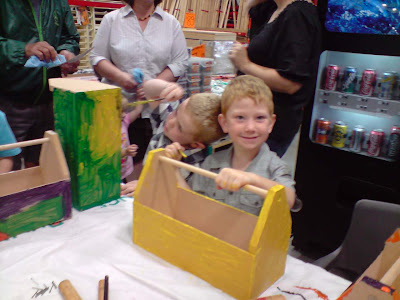 After that it was off to the cafe and playground for Cake, 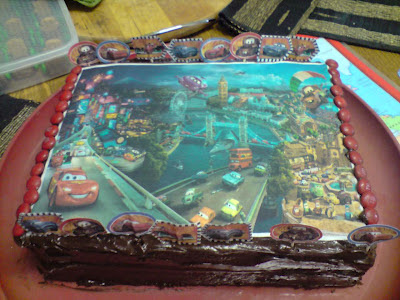 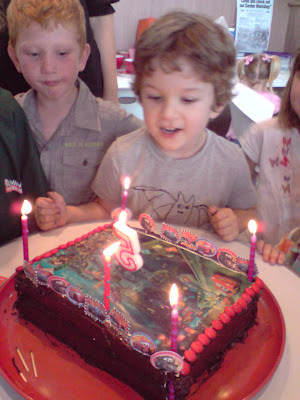 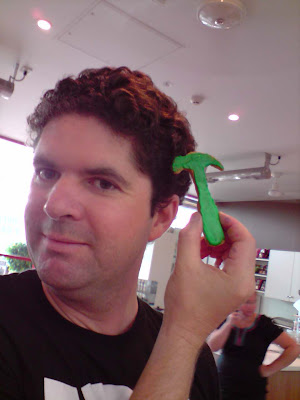 and teddy racers. According to one guest it was, "the BEST party EVER!" which I was well pleased with and we didn't even have to tidy up.
The surprise hit of the party bags were these mini Groucho Marx glasses which I thought would amuse me (they did) but the kids loved them too, though they thought they were Harry Potter glasses. 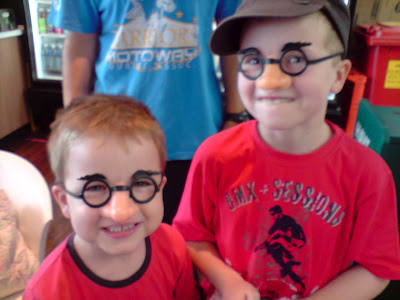 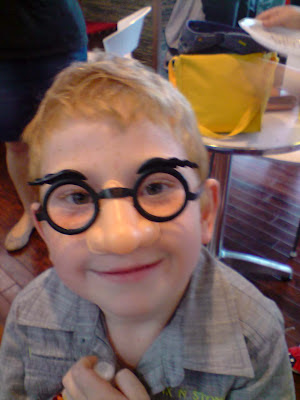 And of course Jack and I got a sausage on the way out (it's for charity you know).

*RubySparkles is Jack's new brother or sister due in a week and a bit!
Posted by jetlagmama@themanor at 20:36