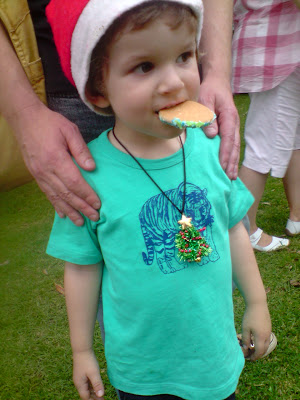 Recently my Mum (aka Ganma) flew down for a weekend of festivities. Initially it was just for Jack's first ballet concert performance but then it turned out his preschool concert was on the night before. Dad (aka Nonno) was also due to come but was unable to because of his back surgery - ouch!
Parents were asked to bring a plate and for children to be dressed in red or green (Santa hats were supplied on the night). Due to a delay Mum missed the performances of the Wonky Donkey, The Gruffalo song and Go Santa Go by the Wiggles. Some would suggest (unfairly) that it was a lucky escape as it was not Jack's finest hour (he spent almost one whole song facing the opposite direction) but it was fun and rather gorgeous. Parents were of course madly filming (including myself) but the sound and picture quality would be enough to give David Stratton a migraine. 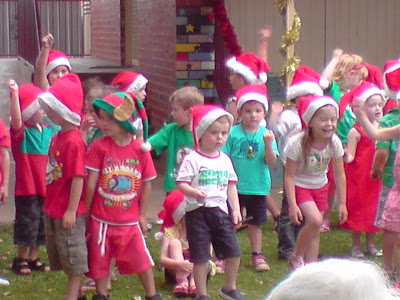 After the singing it was time for the food or the free for all. It was certainly like a swarm of locusts descending on a myriad of foods in rainbow hues that had nothing to do with Mother Nature. I was pleased to see that the gingerbread trees and stars that Jack and I made 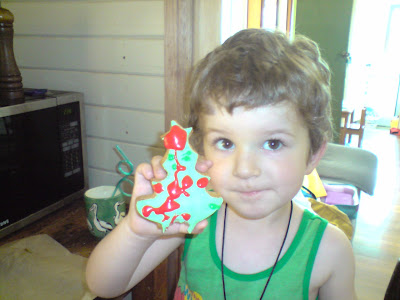 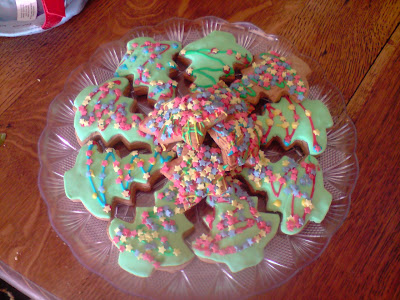 were quickly demolished (by adults and kids). 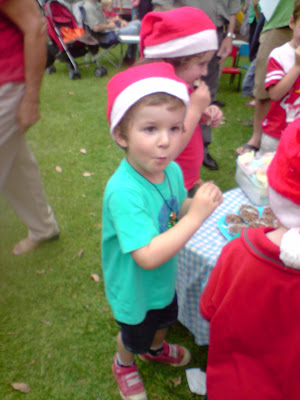 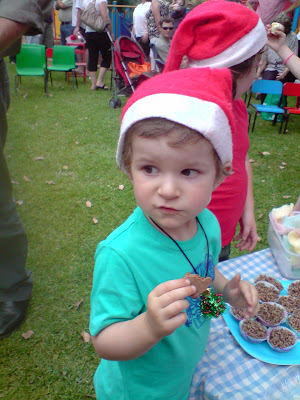 Jack saw someone doing this trick with cheezels and thought it was the best idea in the world. 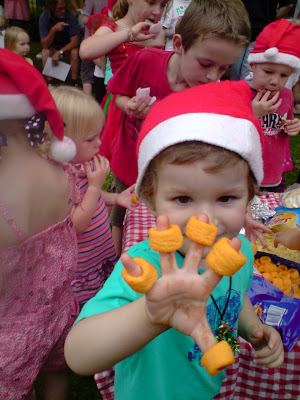 In the midst of the feeding frenzy Ganma arrived (her plane had been delayed) and Jack took some quick portraits. 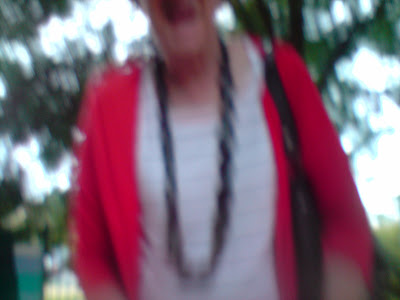 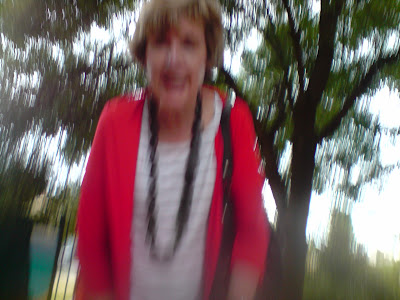 Then Santa made an appearance but Jack could not be convinced to go anywhere near him. 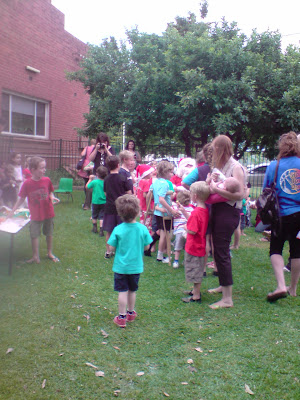 As he was giving out lollies we didn't mind, seeing that Jack had already eaten half his bodyweight in sweets. We bade preschool goodnight.

The next day, due to the planets aligning or possibly Wagga being built on a floodplain I didn't have to work because work was flooded so I got to play instead. We had morning tea at Ajanta in Coolamon 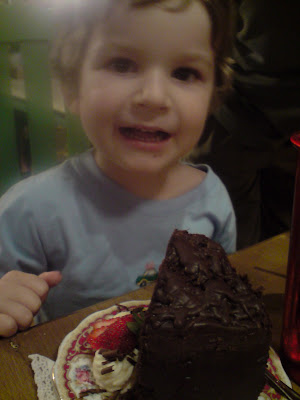 and then Mum and I went to the licorice factory for lunch. Jack, obviously suffering from pre-performance jitters was rather 'temperamental'. We got through the day and gathered his costume and accoutrements and made our way to the hall.
When we got there Mum and I dressed Jack and were shooed away by a woman who assured us that he would be fine (I thought that my rotor blades were tucked out of sight). 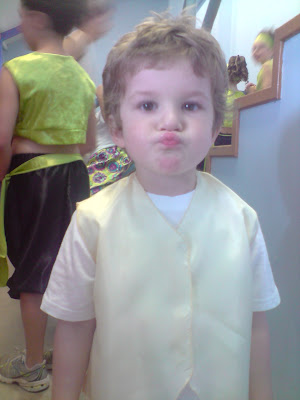 We then queued to get into the hall. And the performance? Adorable, gorgeous and funny (though whenever we tittered the people in front glared at us - they were very tut-tut). As no cameras were allowed I don't have photos but I am hoping to get the DVD and maybe with some jiggerypokery will be able to put Jack's dance on YouTube (shhh - don't tell anyone). We heard lots of people whisper "look there's a boy!" and I was pleased and worried (that I might get in trouble) when I waved at Jack and he waved back.
After a signal we snuck out (more disapproving whispering) and collected Jack. Well, we had to spring him out really. The door was locked tight and the guardian was not pleased at his and some fellow dancers early removal. I think Jack was not exactly thrilled either as he seemed to be doing a marvellous job at chatting up an older, very pretty girl (yeah, I'm going to the beach for Christmas - what are you doing?). We escaped from the glares and frowns to pick up our retro feast of spring rolls, honey prawns and chicken and cashew nuts for our post dance celebration.
Jack and Ganma, still on a high, played their favourite game which involves poking each other with a feather duster and making a ppppppwt! noise. Hours of fun to be had and now Jack has a little feather duster of his own. 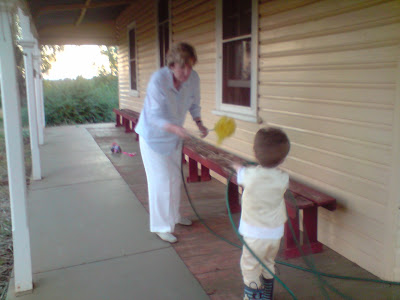 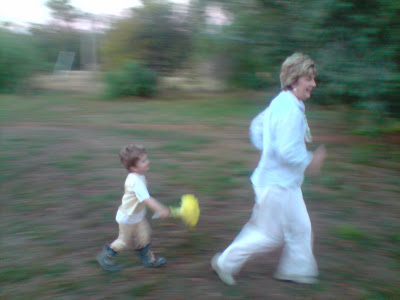 On Ganma's last day we went to the Grower's Markets and then had lovely french bread with scrambled eggs from the girls. Mum still had a while before her flight but with the flood waters rising and the risk of road closure (and an extended stay in Junee) she hotfooted it to the airport.
Posted by jetlagmama@themanor at 20:24