Near where I work there is usually one homeless man called Michael. Sometimes he has company. Lately it's been a guy called Wayne who has a great laugh. During winter we felt sorry for these guys and were providing them with the occasional hot meal. That was until our employers told us to stop as it would only encourage them to hang around (repeat after me they are people not seagulls). I was very sad about this, as was Jack as he had come with me to work during the holidays.
We came up with the idea of having a cake stall to raise money for the homeless. We talked it over and decided to go with two awesome charities, Shortbacks and Sidewalks who provide haircuts (and a whole lot more) for homeless people and formwa's fundraiser for 100 Hampton Road called Pitch in for a kitchen.
FormWA are such an amazing organisation, funding some of our favourite street art, but also doing wonderful things at 100 Hampton Road which is not far from us. The building is social housing but there is a shared kitchen with the plan for residents to come together to make chutneys and jams and bread that can be sold to the community.
So we worked out a day, did a letterbox drop and hoped for good weather.
I baked for days. The fridge was full of proving dough.
Jack made posters and put them up.
The day was beautiful and sunny and we had fantastic support from our neighbours and friends. We sold out of all the bread in the first half hour and made $400. 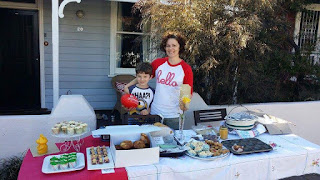 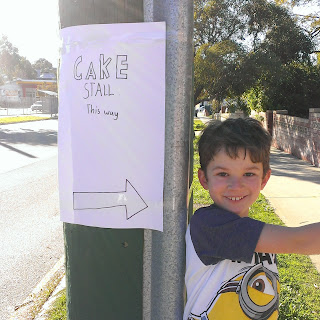 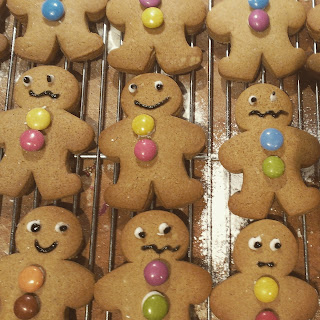 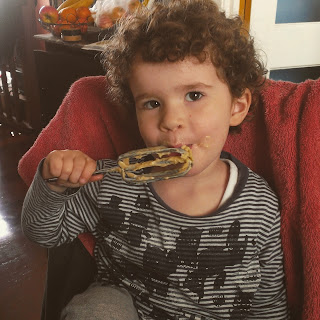 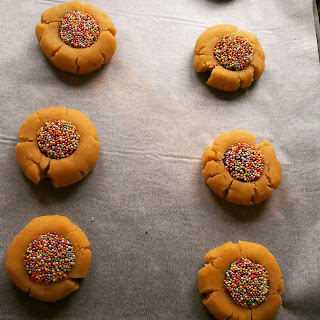 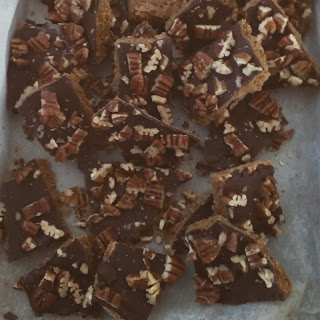