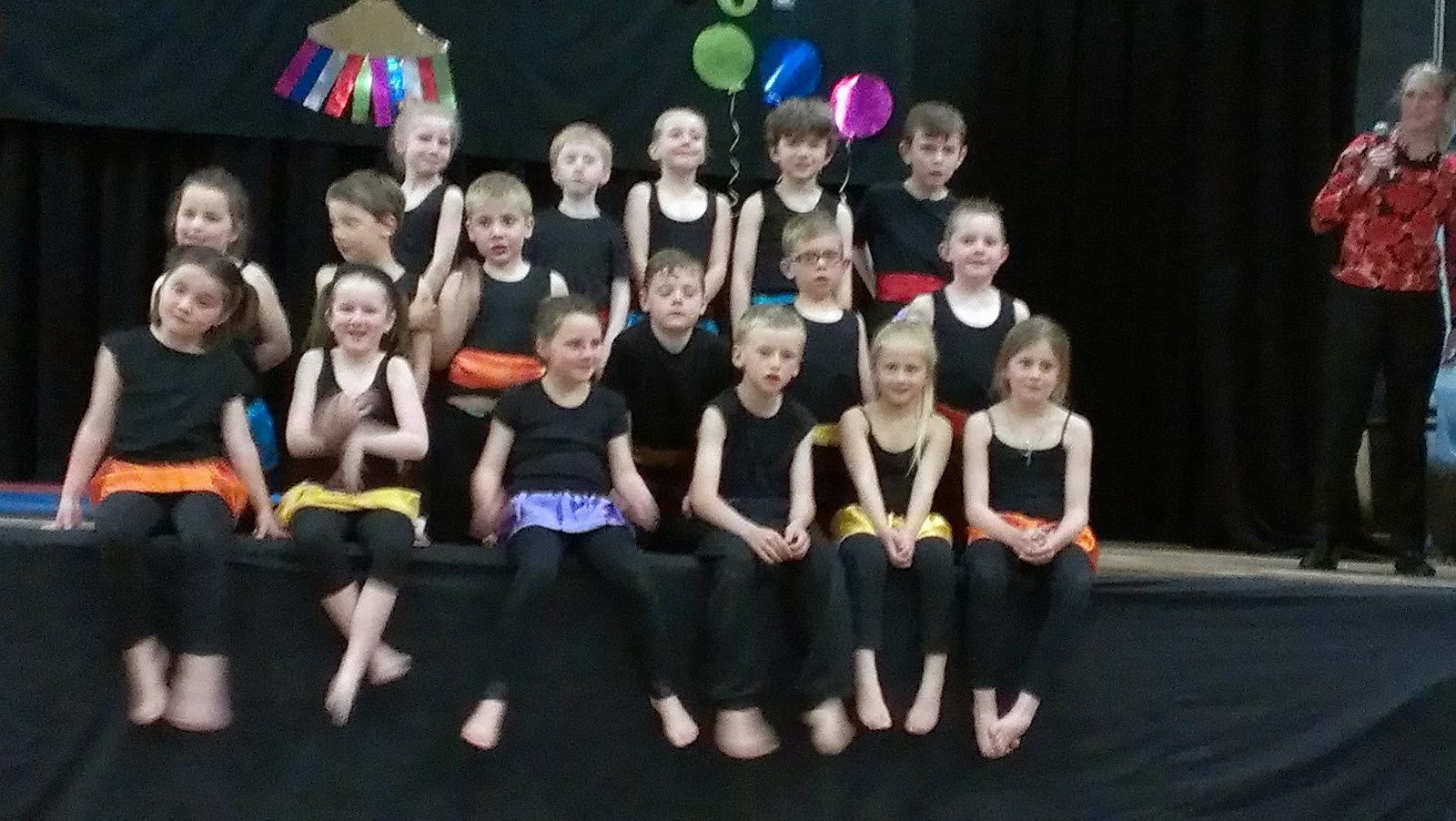 Jack's school had a dance concert last week with a circus theme. Jack's class were tightrope walkers and the bits I saw (bad seats) were very cute. The whole school participates so it was fun to see the kids who were really into it and the others that were less enthusiastic. It was also quite short, which is always a good thing. I took a very bad photo of Jack's class before I had to rush back to my seat.
I have some clown 'issues' so Jack spoke to me beforehand letting me know that there would be clowns but that I shouldn't worry as they were all very friendly. Phew! And he was right, except for the one wearing the Pennywise the Clown Wig. Eeek!
Posted by jetlagmama@themanor at 21:33