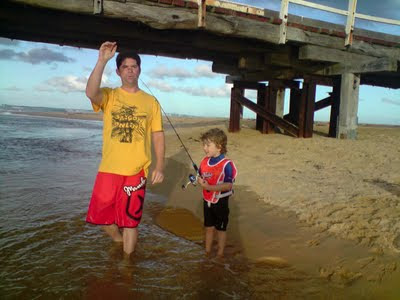 For some reason it came as a surprise to me that the library would be shut on the Saturday of the Easter weekend (meaning I didn't have to work). With all those days off in a row I suggested to S that maybe we should go away. He didn't seem too enthusiastic and so it was a lovely surprise when he called to say we were going away and that we were going to Bermagui (on the south Coast of NSW). S already had a wetsuit and he promptly ordered one for Jack. I know I eat lots of cake but I wasn't sure I could rely on my reserves to keep me warm.
Anyway S was also keen on getting Jack a fishing rod. I wasn't so sure - my childhood fishing adventures had been abject failures but we went to the shop and Jack selected his own rod and was jumping out of his skin as we got sinkers and bait and hooks. 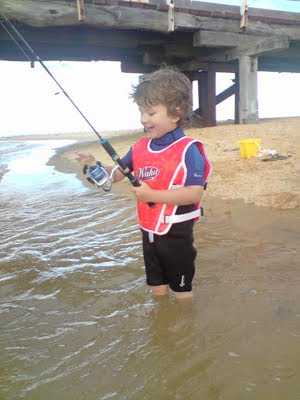 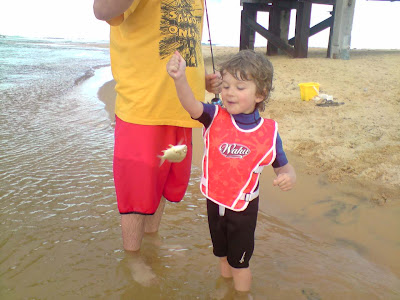 We went to a spot at Cuttagee that my friend Annabel had shown us that was perfect. Within no time we'd all caught our own little fish which we promptly released (after Jack kissed them goodbye). 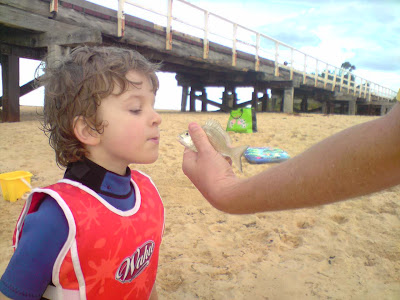 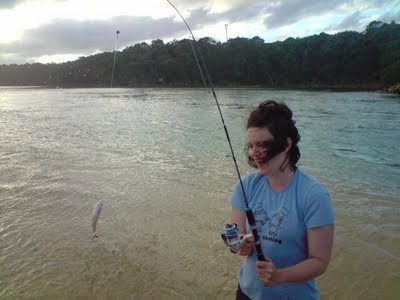